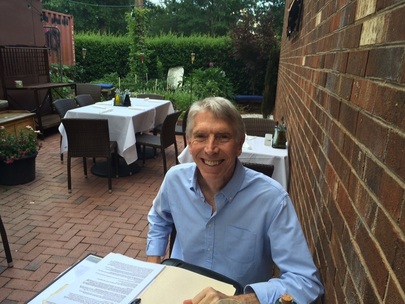 Kent Crawford has worked in the holistic health field for over thirty years. He initially practiced as a SOMA Neuromuscular Integration practitioner after graduating from the SOMA Institute in Gainesville, FL.

Kent then added a nutritional component, studying first with Bruce Pacetti, DDS (the Page System of balancing body chemistry) and later with Dr. Jack Garvy (the Five Phases of Nutrition).

Kent incorporated a bio-energetic component using the German developed Vega Test system and studied in both the US and England with English and German physicians.

In 1996, Kent began studying neurofeedback with Sue and Siegfried Othmer through EEG Spectrum International. In 2002, along with Dr. Robert Prince, M.D. and Iris Prince, R.N., he founded Charlotte Neurofeedback Associates and began serving as Clinical Director of Neurofeedback.

Over the last 20 years, Kent has studied several neurofeedback approaches. After the development of the Infra Low Frequency System, however, Kent switched to that system and returned to training with the Othmers.